Promote Your Page Too

Tousled But Ready For More in the Academic Trenches 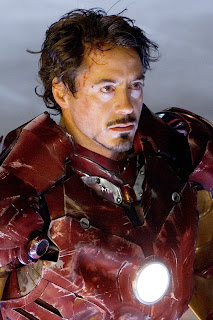 Posted by Frederick Luis Aldama at 7:57 AM 2 comments:

To follow future postings on my new website please cut and paste to your webrowser:
http://www.frederickluisaldama.com/feed
Posted by Frederick Luis Aldama at 6:53 AM No comments:

Query about Latinos in Video Games

Working on a piece on Latinos in video games and coming up super short. Got the usual suspects (with only a couple of exceptions, all non-player) like GTA, Gunslinger, Fighter games, SingStar, DoA, Mex Am. War, Red Dead Redemption.
Any others that you all might have come across? Would greatly appreciate any leads.
G...racias
Posted by Frederick Luis Aldama at 7:40 PM 1 comment: 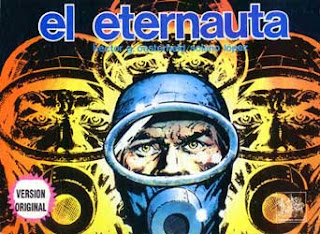 Over a Peet’s coffee—black and no sugar--I chatted with Angela Becerra Vidergar, co-founder of the Graphic Narrative Project at Stanford, about end-of-days novels and films, Latin American Boom authors, and, well, comic-books. Since my days at Stanford in the mid- late- (nineteen)nineties, it seems there’s more interest in this storytelling form beyond the literature departments (English, Comparative, and Rhet-Comp); even there it was few and far between. Now it seems all sorts are taking more than a passing interest, including faculty from Archeology, Engineering, Math, and the Arts—including Scott Bukatman and John S. Knight Fellow Dan Archer.
Comic books on any syllabus seem to be drawing the undergrad crowds. Angela’s Rhetoric of Comics even teased out of an engineering student a paper that used the kind of research I’m partial to from the cognitive- and neuro- sciences. And, with some Humanities Center dollar-backing, Angela along with co-founder Haerin Shin’s Graphic Narrative Project will bring to Stanford various (2010-2012) invited guests to run colloquia and as well as host a series of speaker events; if I’m lucky, there might even be one on cognitive approaches to comics and another focused on Latino comics.
The brushfire that’s happening at Stanford’s been going on elsewhere, too. Of course, we have this all going down at OSU not just in my classes, but also with my colleague Jared Gardner’s Mario-X-sized popular course on comic books; so big that he had to move twice to get a lecture hall super-sized enough to fit them all. After talking about Angela’s possible dissertation focused apocalyptic narrative fiction, I learned of Argentinean Hector Osterheld, his sci-fi comic El Eternauta, and his joining Montoneros leftist guerilla that led to his kidnapping and disappearance during the Dirty War. And, we both agreed that while the so-called Boom put Latin American authors on the map—Cortázar, Fuentes, GGMárquez, and the like—in the glorying over the novel, a glare left out the short story. So we know Cortázar for Hopscotch and not for his mind-blowing moebius-strip fictions; we know of the Buendias, but not of GMárquez’s formidable Geneva-set fact-fictions of ex-dictators. We do know of Latin America as homo faber in the realm of the short narrative form, but only in the single, solitary Borges. Had he published a novel, those north of the Tortilla Curtain would probably know little of his ficciones.
In El Defectuoso (the megalithic D.F.) and also Buenos Aires and Caracas authors and theorists are tearing it up with the flash fiction form (a.k.a microcuentos, microrelatos, or minificciónes constrained by 250 words), only seemingly recently “discovered” by US practitioners like J.E. Wideman, Junot Díaz, Juan Felipe Herrera, Luis Rodriguez, Luis Urrea, Ana Castillo, Sandra Cisneros.
In a tetris-game shuffle that moves edges to centers, in the US academia comic books--and now flash fiction--are here, and seemingly to stay.
Posted by Frederick Luis Aldama at 11:02 AM No comments:

Check this website out!
http://www.stanford.edu/group/gnarp/cgi-bin/drupal/
Posted by Frederick Luis Aldama at 3:41 PM No comments: 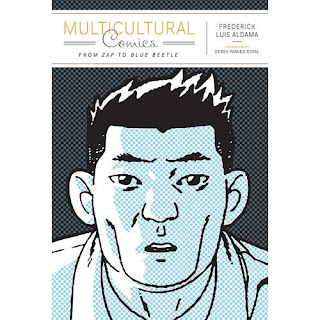 Posted by Frederick Luis Aldama at 9:14 PM No comments:


The presentation, titled “Your Brain on Latino Comics,” takes the same name as Aldama’s book, released in 2009 and published by the University of Texas Press.


“Nobody knows about Latino comics, and yet there are a lot of these guys doing this work and a lot of people reading the stuff, it just hasn’t been archived,” said Aldama, 41. “People haven’t made an academic attempt giving it visibility like Faulkner and all these guys when you mention their name everybody knows about.”


After engaging the crowd and finding out what its favorite comic books and graphic novels were, Aldama went on to speak for more than 45 minutes about things such as the history of Latino comic books and the representation of Latino characters in mainstream comics and graphic novels. The entire lecture was accompanied by a PowerPoint presentation and was followed by a question and answer session with the crowd.


Some of the many items discussed by Aldama included the Hernandez Brothers long-running series “Love and Rockets,” El Dorado, a character in the popular comic series “Super Friends,” and Vibe, a product of DC Comics.


This is not the first book written by Aldama, whose other works include “Postethnic Narrative Criticism, Brown on Brown,” “Why the Humanities Matter: A Common Sense Approach” and 2008’s “Dancing With Ghosts: A Critical Biography of Arturo Islas,” which received an MLA award.


“His work in general is just really strong,” said Evan Thomas, a 23-year-old graduate student studying English. “He’s got an interdisciplinary that gives him a strength and adaptability that will really serve him in the long run.”


Aldama also spoke about the academic merits of comic books and graphic novels being used in the classroom. Not only does Aldama use them as a part of all of his classes, but in the past few years the university has introduced several classes with curriculum based upon comic books.


“Comic books, just like novels, can be simple minded or they can be completely complex and interesting,” said Aldama. “By writing books and publishing them with academic presses, what it does is it works sort of top down to give legitimacy to it as a very carefully crafted storytelling mode.”


Nancy Courtney, coordinator of outreach and engagement for the libraries, said that the event was put on by OSU Libraries as a part of its ongoing Humanities series.


Posted by Frederick Luis Aldama at 11:46 AM No comments: